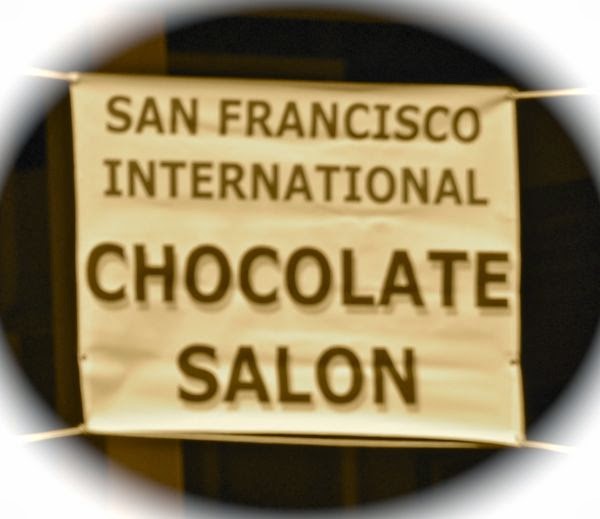 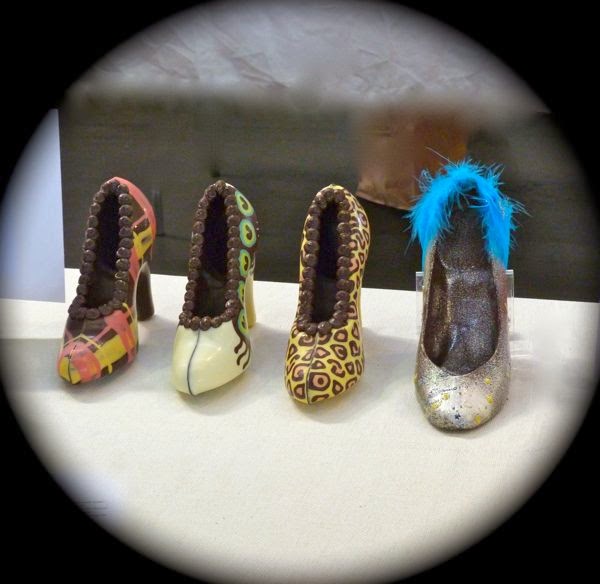 Fort Mason is home to several organizations; and it is a great site for meetings and conferences. Located on San Francisco Bay, one can watch sailboats during breaks. I felt sorry for the participants in the food addicts recovery group meeting last Saturday at Fort Mason. Not only might they have been tempted by Greens Restaurant, but in the nearby Festival Pavilion a day-long International Chocolate Salon (organized by TasteTV) was underway. And parked in front of the pavilion was the "Melt" food truck, oozing with grilled cheese goodness. 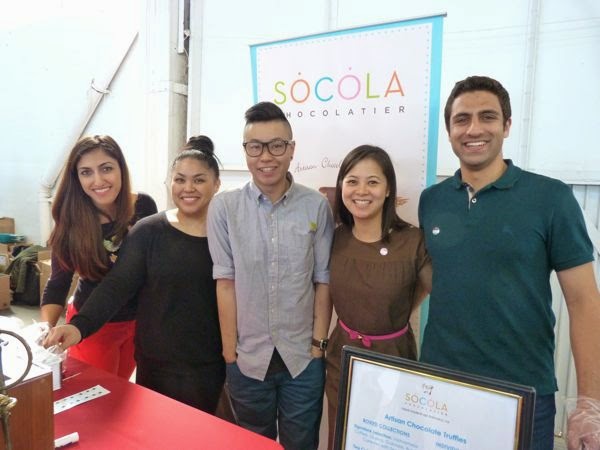 For the price of admission, attendees were able to view chocolate art (chocolate shoes, chocolate skulls, and other items). More to the point, they could taste (and buy) chocolate truffles, bars, toffee, caramels, and much more. Several local Bay Area companies were there, including Socola Chocolatier (the company recently opened a retail space in San Francisco); Jade Chocolates; CocoTutti; and Saratoga Chocolates.

And, there were opportunities to hear more about chocolate-related topics from experts. 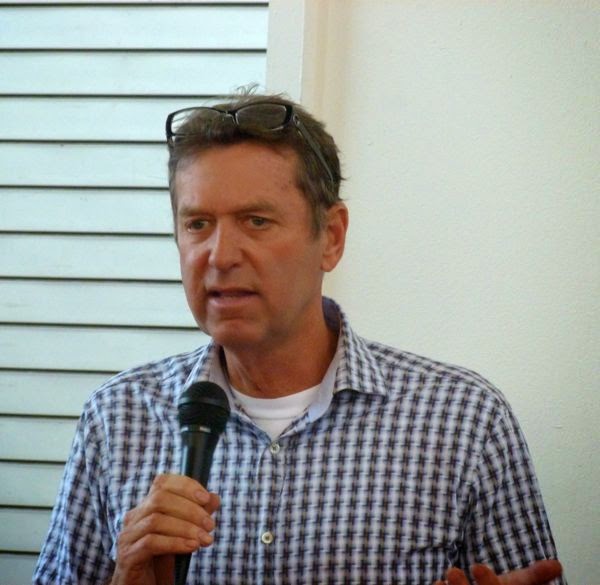 The first presenter I listened to was John Scharffenberger, a successful, serial food and beverage entrepreneur, whose first venture was sparkling wine. Later he switched to bean-to-bar chocolate, and co-founded Scharffen Berger Chocolate Maker with Robert Steinberg in San Francisco in 1997. I can still remember company's great factory tour in the East Bay. Hershey's (The Hershey Company) eventually bought Scharffen Berger for an estimated $50 million. The bars can still be found online and in specialty stores. 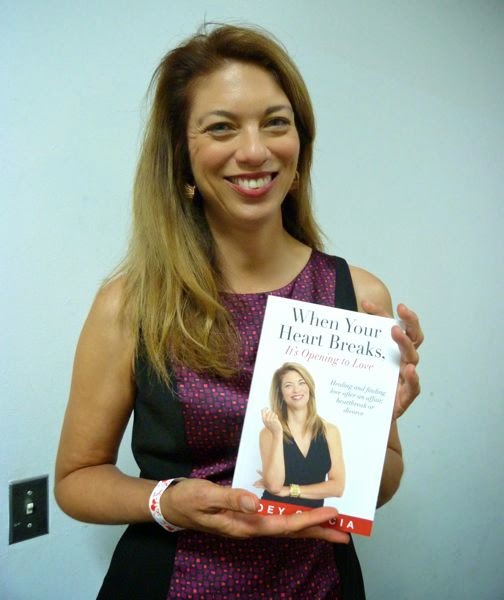 Advice columnist Joey Garcia passed on tips about love, comparing it to chocolate. Garcia was influenced by a wise, Maya grandmother from Belize, a country with a long cacao tradition; and she brought a few copies of her new book, When Your Heart Breaks, It's Opening to Love. 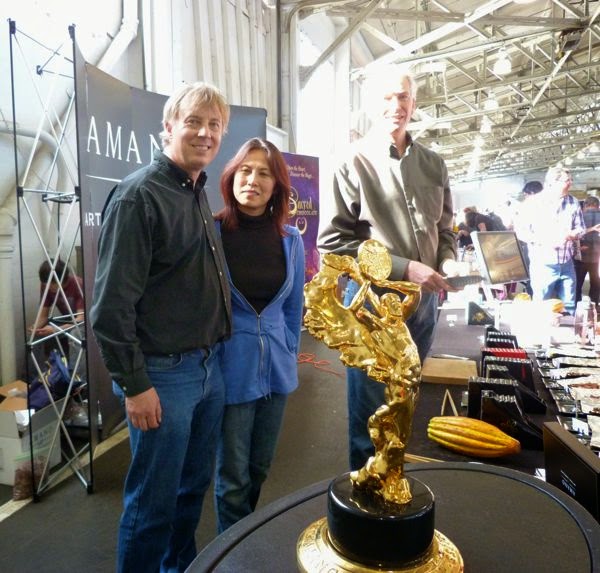 Art Pollard, of Amano Artisan Chocolate (Orem, Utah), talked about his recent visits to cacao farmers in South America and the Dominican Republic -- all part of the quest to obtain the best beans for his bars. He also sampled some of his single origin bars. I enjoyed the floral notes in the Amano "Dos Rios" bar made with cacao from the Dominican Republic.