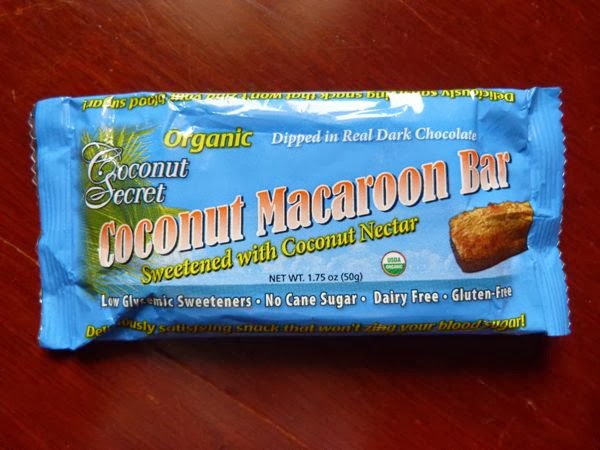 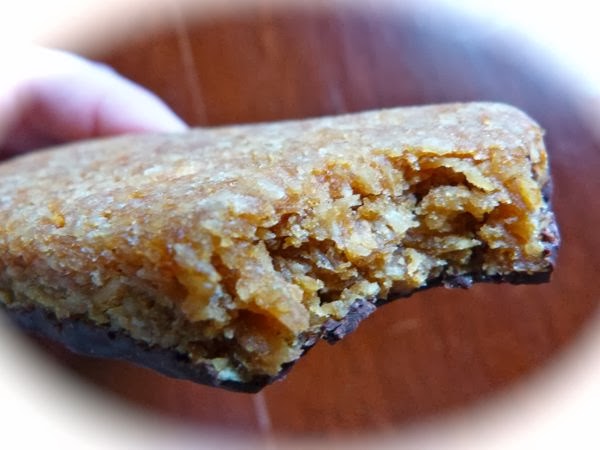 Today was Day #18 of Chocolate and Coconut Theme Weeks, and I celebrated with another Leslie's Organics (Mill Valley, CA) Coconut Secret bar. 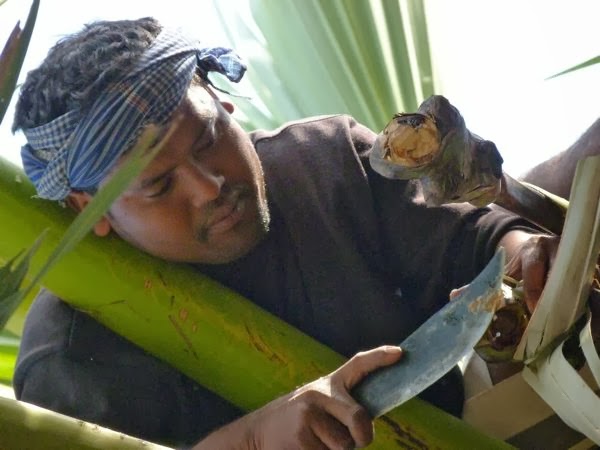 In addition to being organic, gluten-free, dairy free and low-glycemic (sweetened with coconut nectar and crystals* (rather than cane or beet sugar)), the Coconut Macaroon Bar was also kosher. 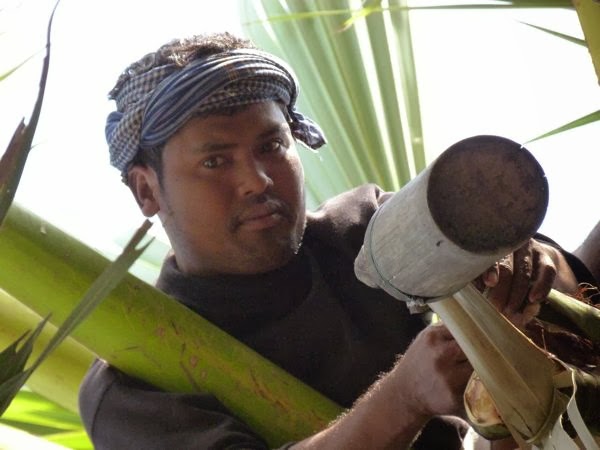 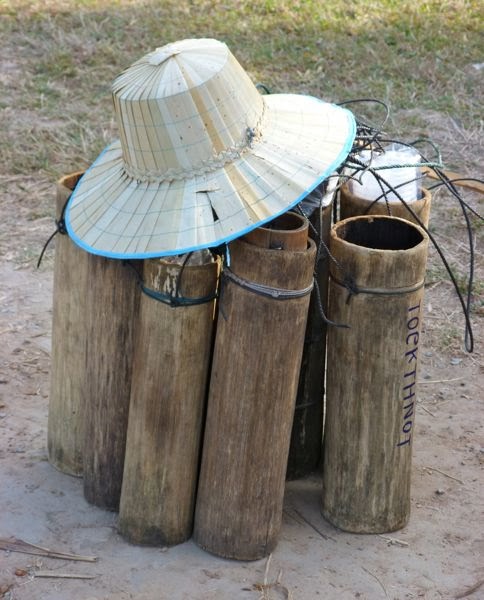 Unlike the other dark chocolate coated.bars in this Coconut Secret bar family, today's Coconut Macaroon Bar was "topless," meaning that the top and sides were a golden, coconut macaroon color, and only the base was dark chocolate. I like the browned flavor and surface, but a dark chocolate drizzle over the top would have added a little richness and moisture to the coconut, and I would have liked that. I did like that the macaroon bar was not too sugary sweet.

I've included photos of the coconut nectar collection process (in Angkor Wat, Cambodia) from this week, shown at right. This man climbed high up into a coconut palm and made small cuts first, then put collection vessel(s) in place to collect the nectar. He'll come back later to collect it.

Note: Due to travel, photos will be delayed.
Posted by Corinne DeBra at 5:41 PM No comments: 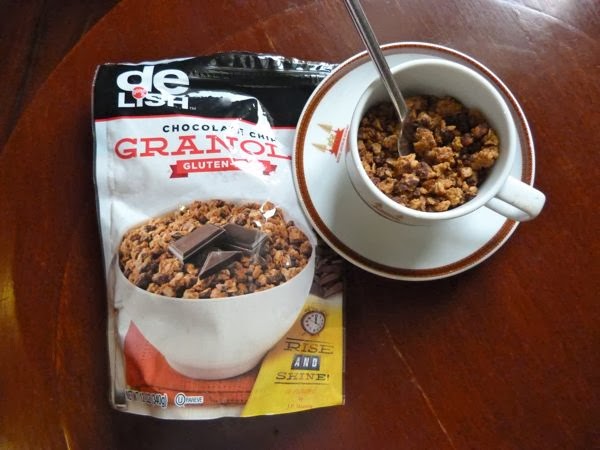 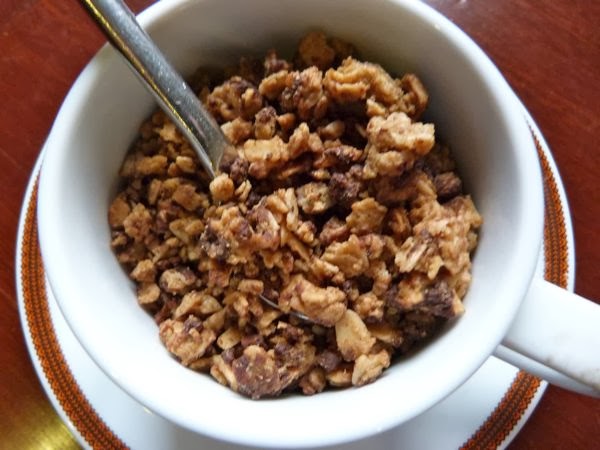 Today was Day #17 of Chocolate and Coconut Theme Week.

This delish brand gluten-free granola from Walgreens (Deerfield, IL) was dressed up with small chunks of dark chocolate and a hint of coconut. Coconut is a common addition to granolas and complements oats nicely. 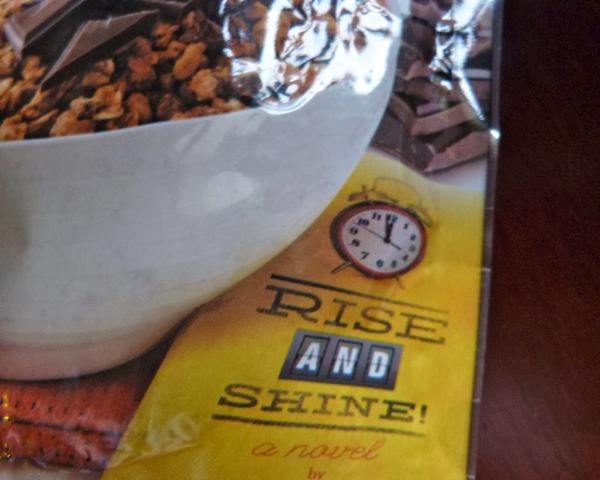 I enjoyed this cereal for an early breakfast with a few almonds and some green tea, without milk. This crunchy cereal would also make a good topping for vanilla ice cream, yogurt or sliced bananas. I'll likely add this granola to other gluten-free cereals, with milk or a milk alternative, in the future.

It was great to find a gluten-free granola, like today's entry, in a popular store such as Walgreens. Batches of gluten-free oats in the past two years seem to agree with me more, i.e. may "really" be gluten-free. (Suppliers have done a better job at preventing cross-contamination with wheat/gluten.)

Note: Due to travel, photos will be delayed.
Posted by Corinne DeBra at 5:33 AM No comments: